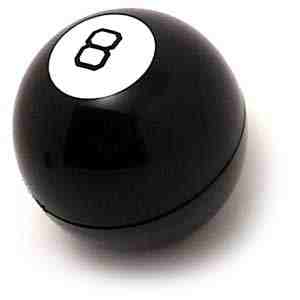 It wasn’t very long ago that I was contacted to take part in producing a collaborative white paper on monitoring and its future in 2011 (to be published shortly).

I turned down this invitation for various reasons that have absolutely nothing to do with the purpose of this post. The fact remains that the subject interests me and it seemed pertinent to me to take the time to answer this question.

I’m not a soothsayer and consider myself even less to be a guru, so these predictions will obviously need to be taken for what they are: my vision, or even my desires or my illusions of what monitoring could become in 2011 and, let’s go mad, perhaps even in 2012.

The Anglo-Saxon vision of monitoring is rationalist. It’s often based on figures, factual and formal data that can be extracted from the Web or any other information source. It enables the feeding of internal databases, wikis, and Information and Decision Aid Systems in the Business Intelligence sense of the term and the making of essential business decisions: a decision to partner with another business with a view to buyout or merger, estimating the production capacities that will need to be called upon and in particular assessing the quantity / price pair and do all of this by geographical area.

In Anglo-Saxon countries monitoring is also the often distinct organisational difference “business analysts” and  “information researchers”. The “information researchers” thus enable the business analysts to dispel certain shadows connected with a specific market analysis problem. Consequently, the creation of value linked to analysis and the decision-making it enables is a vertically tiered chain in which the information search specialist has very specific expertise enabling him to define a request for information, to implement it and communicate its results in an optimum form. He knows his market, does the analyst; he has gained a perceptive knowledge of its workings and its protagonists. This knowledge resulting from his cultural integration and experience in the sector enables him to give value in full measure to the information supplied to him.

The French monitoring landscape is hopelessly devoid of real information researchers and top flight monitors. Degrees stamped ‘monitoring’ are rarely awarded and all the competitive intelligence research fellows aim to be analysts or strategists, but few of them are not afraid to poke their noses into the tools. This is not new; craft industry is rotten in France. The software is too. The rationalisation of monitoring, alongside which the term strategic is frequently placed, or which is renamed competitive intelligence, has dug a chasm between the information and those who need it (the analysts and strategists). The information footsoldiers, those who roll up their sleeves to go looking for it, have deserted the ranks of an army in which the generals have multiplied by caring little about hiring those with good qualifications to help them draw their maps and put the finishing touches to their plans.

Let’s add to this the myth of the productive, divinatory and semantic magic tool, which will work with an improbable degree of autonomy that only exists in Powerpoints or marketing brochures that make a point of erasing all signs of staffing and any assessment of time and people.

I believe, I hope at least, that 2012 or 2013 will bring about a reassessment of the role of “information researcher” and more if things go well. A reassessment that will be recognised in the working of collaborative processes and not in an unhealthy approach of contracting out that is sometimes the defect of Anglo-Saxon style CI systems.

Monitoring is an which is one of the key points of competitive intelligence. 2012 the year of monitoring?

Let’s look at the Anglo-Saxon side once again and search out monitoring platforms or monitoring software, those that resemble a Digimind or an Ami Software product or furthermore those of KIM (Arisem).

You can sense it, to justify the ROI from monitoring, the Holy Grail which opens the doors to a pay rise and the unfreezing of budgets, we need figures. Figures on competitors, figures about the market.

If there are no figures we need information that can be processed, or rather understood, and do all this while adapting to a mass of information which hasn’t stopped bamboozling us and forcing us to invent new, more productive, more “clairvoyant” information processing tools.

Across the Atlantic they speak of Web Scraping, or even of Web Harvesting. It has long been understood that the gathering of text-based documents was treating business in an intellectual way. The small pleasure which comes back to reading your newspaper in the morning with your coffee.

There’s another sign that’s never wrong. Google gives it us.

Google Squared which structures the data on the fly with varying degrees of success, Google once again which includes micro-formats enabling the structuring of information at the very source. Most recently there’s Google Refine.

RSS has clearly shown the power of structuring and standardising information. And yet the structural organisation of RSS is light. Let’s imagine the same thing, but with many more fields. It would admittedly be more difficult to implement, but also far more powerful.

2012 will be the year of the database for monitoring.

Many French companies are trying their hand at monitoring today. They are having a go at it with varying degrees of success.

And like many trial projects, they’re being done on tiptoe. We get the measure of it. We ask for a ridiculous or minimum investment and expect a colossal ROI.

There are many guilty parties:

And if 2012 were year of the real well-built, properly budgeted, designed and scaled competitive intelligence and monitoring project?

4) Monitoring accepted
And here it’s more than a vision, it’s a news item.

The frenchstandard AFNOR XP-X-50-053, an experimental standard, is getting long in the tooth.

In the next few weeks new documents from AFNOR on monitoring and competitive intelligence should see the light of day. They’ve been in preparation for more than one year.

I can’t help but admit that I have my doubts about the opposability and acceptance of these documents, but the unrelenting race that Bernard Carayon, Hervé Séveno and Olivier Buquen seem running to have the last word about how they’ll improve the regulation a profession that clearly appears to worry them could indeed find an outcome in standardisation.

2012 for monitoring: a year of order? No… I’d really like it, but unfortunately I honestly don’t think so.

5) Monitoring revived
The signs are there. They can’t be ignored.

The expansion of the Martre report has indeed been lived through, but the entry barriers set up long ago are beginning to give way.

The younger generation cannot be ignored any more even if it means hurting a few egos that have been treated gently for far too long.

The exchanges have been lively in the last 6 months.

To see Bernard Besson and André Added of the IFIE invite the younger generation to talks and at the same time launch themselves as Business Angels for the young shoots in competitive intelligence. Wow. I didn’t think I’d see it in my lifetime.

The only thing we’ll be missing is seeing Hervé Séveno as concerned about defending young professionals as being consulted by Olivier Buquent and then perhaps we can finally say that competitive intelligence and monitoring are not a generational invention but rather a tool that works for businesses.

2012, year of dialogue and renewal for ET monitoring for competitive intelligence.

What wishful thinking. What hopes. Perhaps some won’t see the light of day in 2012. Perhaps I’m also fooling myself about some of them.

But if there’s one thing about which I’m convinced regarding monitoring, it’s that it’s absolutely essential work. I’m also convinced that it’s an enthusiast’s job. If there’s a profession where lifelong training comes into its own, it’s our profession. It takes up our evenings, sometimes our weekends and information often goes with us wherever we are.

It’s a job that I’ve had for many years now, which has led to my meeting people of great worth, some of them having been amongst the first bloggers such as Christophe Deschamps or Christophe Asselin, others much more recently qualified, some even having been my students and who I look upon as friends today.

All have this liking for information. Most consider their work as a source of perpetual discovery.

What I want for monitoring is that it continues to arouse passions and to create vocations in 2012 and beyond.